After five new arrivals, six players leaving at the end of their contracts and the sale of Nick Pope, the transformation of Burnley in the transfer market is continuing at pace.

The Vincent Kompany era is taking shape as he works his players hard on the training pitch, implementing his style and methods.

There is still work to do in the market ahead of the new season with Burnley in numerous conversations regarding incomings and players also expected to depart.

The closest to an exit is striker Wout Weghorst, who is in Turkey undergoing a medical ahead of a move to Besiktas after arriving to much fanfare last night.

The Athletic understands Burnley and Besiktas are negotiating a deal for the 29-year-old over a potential season-long loan deal.

The sticking point is believed to be around whether an option-to-buy clause will be included in the deal, although the transfer is still expected to be completed. The clause is understood to have been proposed by Besiktas and is thought to be around €10 million (£8.6 million).

Burnley are not necessarily keen to include one as they have not closed the door on the striker being part of their longer-term plans, but it has not been ruled out. There is a feeling they would be happy for him to return after a year away to reassess the situation — particularly if Burnley secure a swift return to the Premier League.

After Burnley’s relegation, Weghorst was always expected to leave this summer. He is determined to be named in the Dutch national team squad for the World Cup and when he arrived in January, the player and club verbally agreed that if things did not work out and survival was not secured then he would be allowed to leave to play at a higher level.

His comments about this agreement angered Burnley supporters last month when he spoke openly to reporters while on international duty and it is fair to say Weghorst’s time at Turf Moor has not gone as well as hoped.

Inside the club, it was thought that the striker, signed for £12.5 million from Wolfsburg, would be an upgrade on the outgoing Chris Wood. He started well but faded, with his style and Burnley’s struggling to blend. He began to cut a frustrated figure, disappointed he was not meeting his own high expectations, although his work rate could never be questioned.

The Dutchman scored just twice in 20 Premier League appearances and lost his place in the starting XI at the end of the season to Ashley Barnes. He also missed two crucial chances in the final two games against Aston Villa and Newcastle, which could theoretically have kept Burnley up had he scored.

The expectation was one attacker out and one coming in with a deal for Standard Liege’s Jackson Muleka progressing well last week and the player undergoing the first part of his medical in Liege ahead of a move. 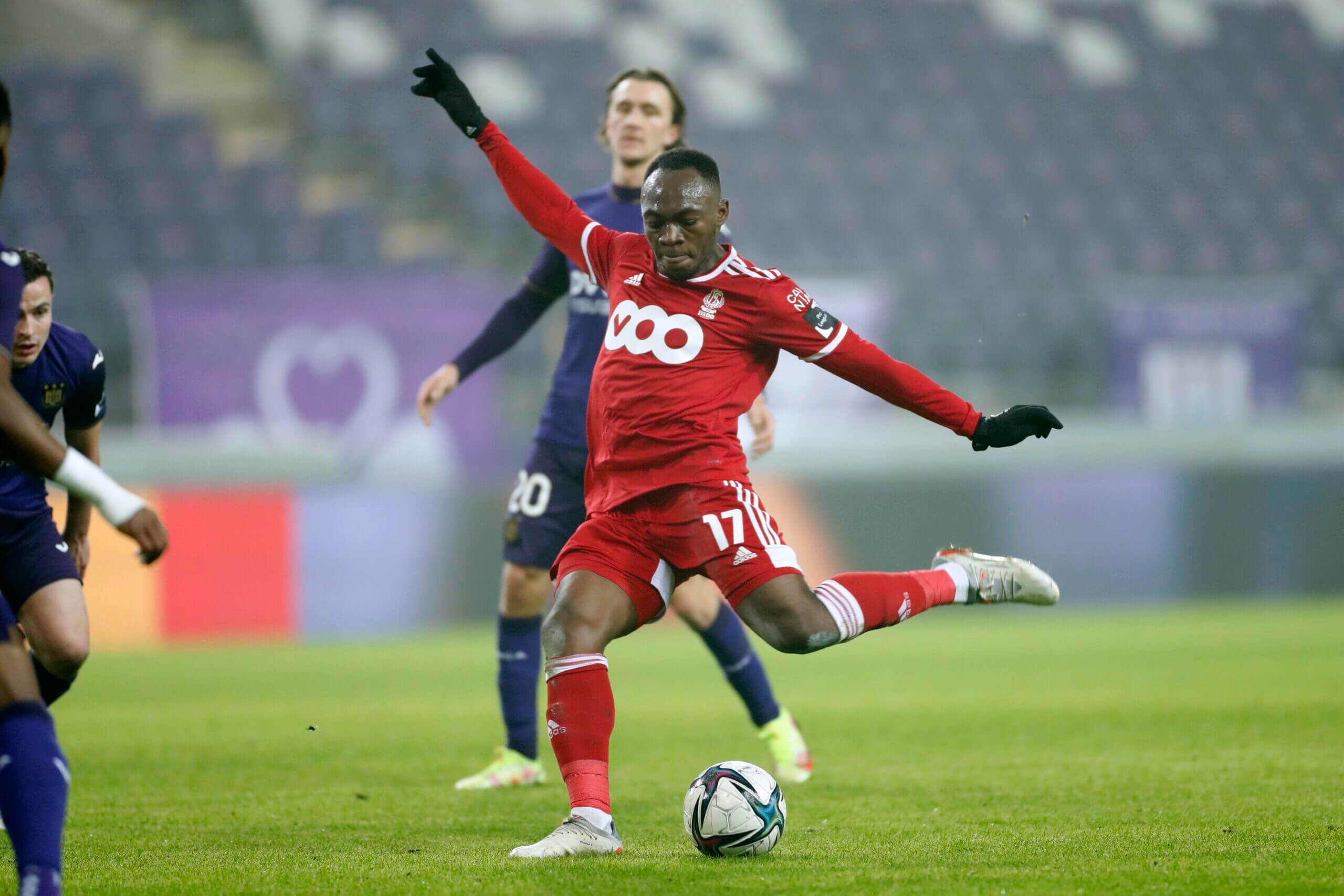 Muleka’s move from Standard Liege is understood to have broken down (Photo: Jimmy Bolcina / Photonews via Getty Images)

However, the volatility of the transfer window reared its head and The Athletic understands the move broke down over the weekend. It is unclear exactly why, but the second part of Muleka’s medical scheduled this week in England is understood to have been cancelled.

The forward is now reportedly expected to return to Turkey where he excelled in the second half of last season at Kasimpasa, scoring 12 goals in 14 games.

It is no doubt a blow given Kompany wants to add additional attacking options. His only striking options expected to be at the club for the start of the season are Ashley Barnes and Jay Rodriguez, who are both 32.

The attacker impressed last season, scoring nine league goals, but injuries and AFCON led to Cornet struggling to find the same consistent form during the run-in.

He has been linked with numerous Premier League sides and it is understood that Burnley have had conversations with clubs. The Athletic understands he is being tracked by Chelsea but may only become a target if they miss out on other players.

Chelsea have tabled a bid for Leeds midfielder Raphinha but fear they’re going to miss out to Barcelona, ​​who the player prefers. There is also a possibility another target, Barcelona’s Ousmane Dembele, is going to agree a new contract at Camp Nou.

Burnley have not ruled out keeping Cornet as the 25-year-old returned to training on Monday following an extended break.

Cornet did not feature for the Ivory Coast in the post-season international fixtures but did join up with the squad to take part in training; a minor injury meant he was not risked in matches.

With Cornet back among his teammates and seeing what Burnley are trying to build, the hope is Kompany can convince him to stay.

The signing of Standard Liege central midfielder Samuel Bastien has been completed with the 25-year-old signing a three-year contract.

The area needed reinforcing with Dale Stephens leaving at the end of his contract and Ashley Westwood recovering from the ankle fracture suffered towards the end of last season against West Ham.

Jack Cork and Josh Brownhill were the only two fit, recognized senior central midfielders in the squad but that group has been boosted by the arrival of Bastien.

He had been linked with several Premier League clubs in the past and was in the final year of his contract, which helped during negotiations. Bastien was a regular for the Belgian side last year and brings quality, confidence in possession and experience as he enters his prime years.

It may not be the only addition in that position before the end of the window. Kompany is an admirer of Josh Cullen and Burnley have expressed an interest in Rotherham’s Ben Wiles.