WELCOME TO ANOTHER Champions League group stage, and another autumn of shadow-boxing with a few honest skirmishes kicking off around the fringes.

But if you think these games are drearily predictable, they will take on an instant hue of nostalgia when they are replaced with the bloated Swiss system in 2024, created so that the biggest clubs can play more games with less jeopardy for more money.

The plonking of the World Cup into the European winter means this year’s group stages will be squeezed into a tighter time-frame than usual, which may make for a little more unpredictability. Suddenly a hamstring twang to a key player may mean missing two key games rather than one, although the prospect of that mitigating against the game’s extreme inequality looks highly unlikely.

The magnetic power of the Premier League’s silver will be seen even in the games not involving English clubs as many of the lower-seeds – the would-be insurgents – have been diminished since last season. 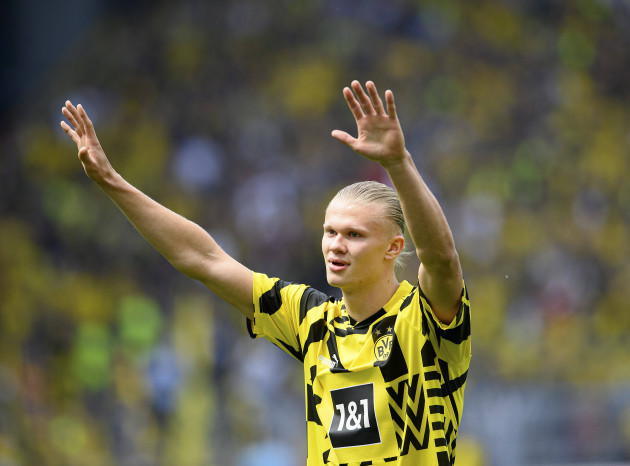 Hence it’s difficult to see the English sides not qualifying. Liverpool are second seeds in their group but ranked behind Ajax, who have been stripped for parts by Manchester United. They will again face Napoli, who came close to knocking them out of the group phase the last time they won the competition. This is a different Napoli, now under Luciano Spalletti and with none of Koulibaly, Dries Mertens and Lorenzo Insigne, but Victor Osimhen is a terrific striker and 21-year-old winger Khvicha Kvaratskhelia is an exciting prospect and coming to a Georgia 1-1 Republic of Ireland near you soon.

Rangers are the group’s bottom seeds, and although their limitations are abundant – starting at goalkeeper – they can count on a white-hot atmosphere and a European record that Giovanni van Bronkhorst has turned from very good to superb.

But is this finally Manchester City’s year? They look unlikely to be troubled in the group stage at least, as Sevilla are in crisis and Borussia Dortmund in transition. Sevilla sold their central defenders and are now 16th in La Liga, and although Dortmund have finally invested in their defense, they remain brittle. (They led Werder Bremen 2-0 in the 89th-minute of a recent league game, and contrived to lose 3-2). City’s signing of Erling Haaland has added goals but loosened some control, but, like many of the contenders, they will only be tested in the knockout stages.

Spurs’ drawing Eintracht Frankfurt, Sporting, and Marseille offers Antonio Conte the chance to improve on his dire Champions League record. He has won just three of his last 15 games in the competition, and has never been past the quarter-finals. Eintracht have sold Filip Kostic to Juventus and were the easiest draw among the top seeds, Sporting have been won by the Premier League’s supporting cast, while Marseille have steadied after a rocky start but are reliant on a 34-year-old Alexis Sanchez in attack , are on a 13-match losing run in the Champions League, and may implode at any moment under unpopular coach Igor Tudor.

Chelsea, meanwhile, were knocked by AC Milan in their efforts to sign the brilliant Brazilian forward Rafael Leao and their efforts to sign him may be justified when the two sides meet in Group E. It’s difficult to predict which of the pair will top that group but it’s unlikely either of them will miss out on the last-16, with Salzburg and Dinamo Zagreb the competition. 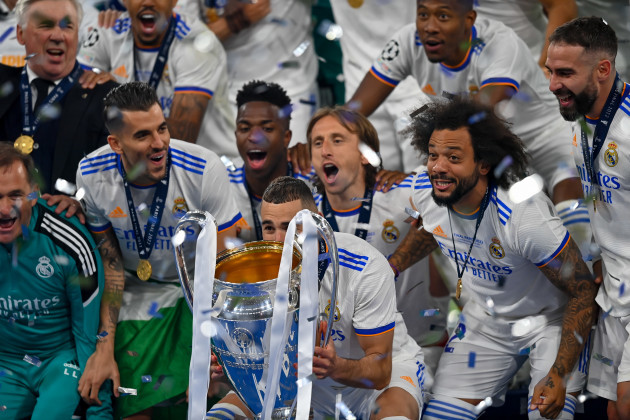 Those seeking a surprise might look to Celtic. They were last in the group stage in 2017/18, but a group with Bayern and PSG made for a grisly exit. This time they are back, and in a far kinder group. Real Madrid are top seeds and will qualify, but they are often slow starters, which makes tomorrow’s meeting in Glasgow among the most compelling games of the group phase. RB Leipzig are second seeds, and although they have added Timo Werner to an attack featuring the fabulous Christopher Nkunku, their defense looks weak and they’ve won only one of their opening five league games. Shakhtar, meanwhile, will play their home games in Poland and their qualification prospects are imponderable, for obvious reasons.

Elsewhere in Group C, proof that God may in fact be a wry but vengeful accountant: Barcelona mortgaged off chunks of their future to buy players capable of competing for the biggest prizes and then landed themselves the Group of Death, along with Bayern, Inter, and Viktoria Plzen. Bayern will qualify, Viktoria will be fodder, and so Inter look to be Barca’s greatest danger. Inter were close to knocking out Liverpool last season and have since welcomed back Romelu Lukaku, so they may yet leave Barca back in the Europa League and searching around for another couple of palancas.

Group B pairs Atletico and Porto in the same group for the second-straight year, joined by Bayer Leverkusen and Club Brugge in what looks like the weakest group. PSG’s odyssey begins again, meanwhile, in a group with Juventus, Benfica, and Maccabi Haifa. They should have little to worry about there, and Juventus may end up looking nervously over their shoulder. PSG are looking curiously grown-up this year. Okay, they seem to have made Kylian Mbappe a kind of de facto Sporting Director, but the additions of Vitinha, Renato Sanches and Fabian Ruiz beefs up a hitherto weak midfield.

If the Champions League groups are increasingly a testament to the power of English football, it remains an indicator of our long-waned influence at the sport’s elite end, too. Matt Doherty and James McCarthy, though, are best-placed to become the first Irishmen not named Caoimhín Kelleher to play in the group stage since Eoghan O’Connell played 22 minutes of a 7-0 defeat for Celtic at the Camp Nou in 2016.

That’s a sharp reminder to Irish football of how the landscape has changed, but this year’s final in Istanbul may take place in an altogether different world. The European Court of Justice are due to deliver their judgment in the case of the Uefa and Fifa versus the three vestigial backers of the Super League, Juventus, Real Madrid, and Barcelona, ​​by April, which may breathe new life into a breakaway competition.

For now the superclubs remain, writhing and straining beneath Uefa’s ever-loosening nets; their hoarding of the game’s extreme wealth turning vast swathes of another Champions League group phase into a procession.

Champions League Matchday One Fixtures (Kick off 8pm unless stated)

Get closer to the stories that matter with exclusive analysis, insight and debate in The42 Membership