Chelsea have come knocking for Harry Maguire as they propose a player-exchange deal, while a Spurs star is wanted to replace Casemiro and Aston Villa are pondering a Premier League defender swoop, all in Transfer Gossip.

Chelsea have made a surprise inquiry about the availability of Manchester United defender Harry Maguire, according to a report on Saturday.

The Blues are scrambling for a new central defender with Wesley Fofana their top target. But Leicester are believed to have turned down two offers for the highly-rated centre-back.

The Foxes meanwhile are holding out for an offer in excess of the £80m that United paid for Maguire. The Athletic report that Fofana has asked to be left out of Leicester’s squad to face Southampton on Saturday.

Now though the Daily Mail report Chelsea have asked about England defender Maguire “amid growing doubt over the central defender’s future at Manchester United”.

Maguire is not a certain starter for United’s tussle with Liverpool at Old Trafford on Monday after a slow start to the season. And Chelsea have asked about a potential swap deal involving USA star Christian Pulisic.

United are understood to hold an interest in a loan deal for Pulisic and Chelsea have explored the possibility of a part-exchange deal with Maguire.

Raphael Varane is pushing for a start under Erik ten Hag after being benched in the first two games. But after two damaging defeats, the Dutch boss is plotting changes and Maguire could be the biggest victim.

If Maguire does lose his place against Jurgen Klopp’s men there could be a major question mark over his future. And that may well open the door on a move to Stamford Bridge. 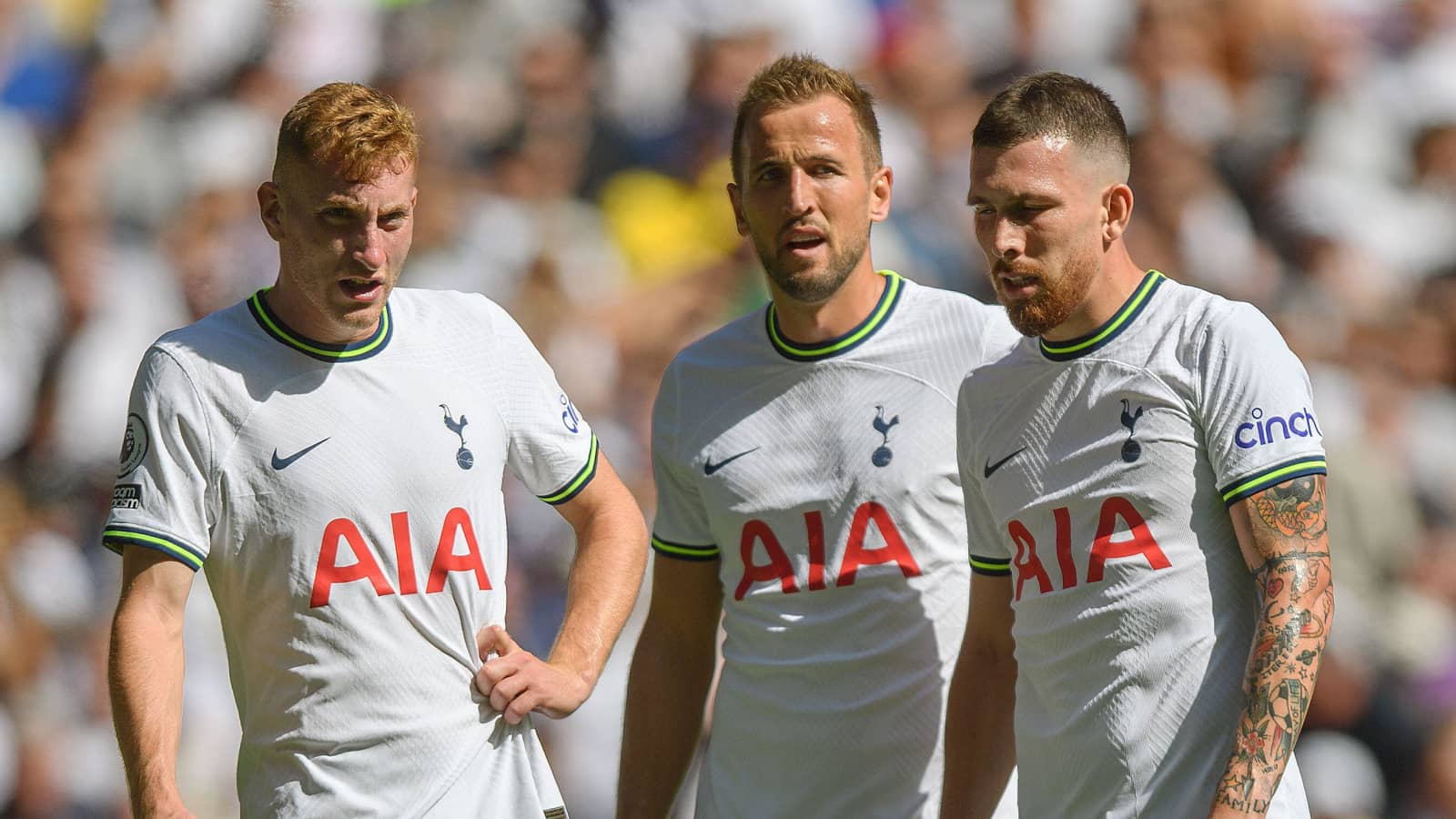 Real Madrid are pondering a move for Tottenham’s Pierre-Emile Hojbjerg nor do they look to replace Casemiro, claims a report.

The Daily Telegraph suggest Real coach Carlo Ancelotti “is an admirer” of Hojbjerg and tried to sign the midfielder for Everton when the Italian was at Goodison Park.

Ancelotti is searching for a holding midfielder to step into the shoes of Casemiro, who is heading to Manchester United.

Man Utd revealed that a deal with the LaLiga side has been agreed. The £60m transfer is “subject to the agreement of personal terms, UK visa requirements and a medical”.

Hojbjerg was signed for £15m by Jose Mourinho, but the Denmark international has become a key figure under Antonio Conte.

Spurs will have a number of options in central midfield though. Rodrigo Bentancur, Yves Bissouma and Oliver Skipp are all vying for starting roles.

Conte made it clear on Friday that he would need to replace any outgoings at the club this month. Whether or not he would allow Hojbjerg to leave is unclear. But a move to Real may be too big a pull for the 27-year-old, who is desperate to nail down his place in the Denmark squad ahead of the World Cup in November. 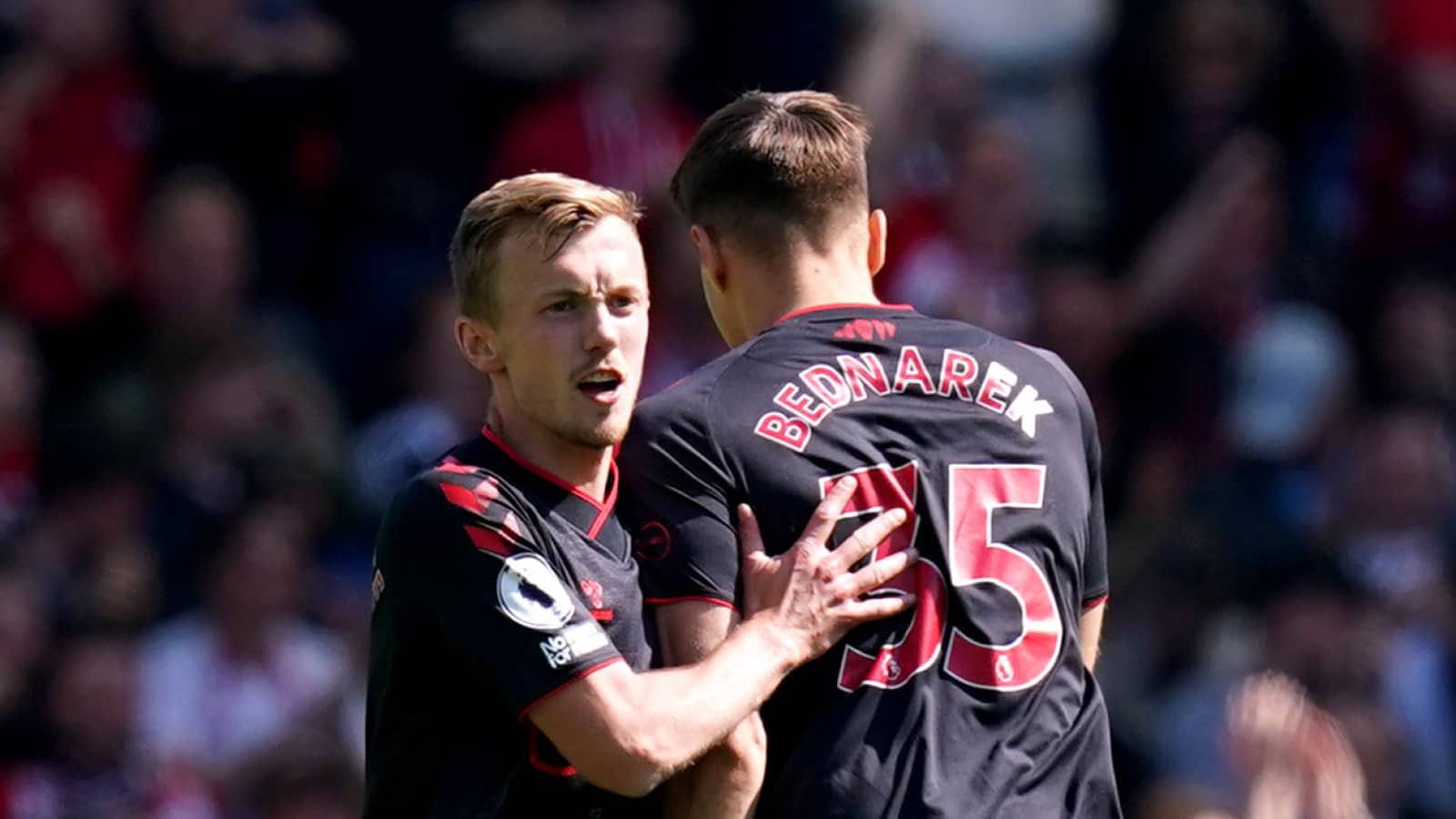 Aston Villa are hoping to land Southampton defender Jan Bednarek, according to The Athletic.

Steven Gerrard has been hit by the news that Diego Carlos will be missing for some time after undergoing surgery on his injured Achilles.

Gerrard claimed there “was not an urgent need” for a new defender. He already has Ezri Konsa, Tyrone Mings, Calum Chambers and Kourtney Hause in the center of defense.

Konsa and Mings will likely play against Crystal Palace on Saturday. But Hause is a loan target for Watford and Gerrard wants four first-team centre-backs in his squad.

Southampton have made six signings this summer. But they are yet to offload anyone and 26-year-old Bednarek could be the first out of the door.

Meanwhile, Bednarek, who was a £4m signing from Lech Poznan in 2017 still has three years remaining on his contract.

Saints will make a profit on the player who has started both their games this season, if they decide to sell.