Christian Pulisic’s dad let his frustration show after another substitute appearance for his son, as he liked – and then un-liked – a tweet calling Chelsea manager Thomas Tuchel a ‘destroyer of players’ as well as others criticizing his teammates.

Pulisic, whose future at the club increasingly feels in limbo due to spotty playing time, has yet to start a game for Chelsea this season.

And after his team were thrashed 3-0 by Leeds on Sunday, his father Mark made his feelings public. 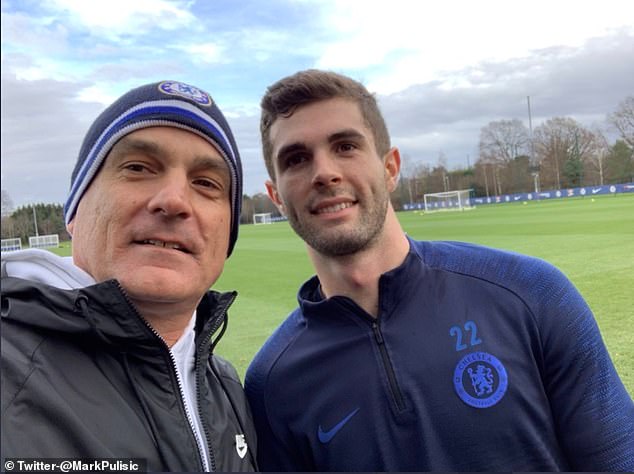 Pulisic’s father liked at least three tweets regarding his son, two of which criticized teammates Kai Havertz and Mason Mount, who the American competes with for playing time.

One of those two tweets called for Pulisic to receive the same ‘benefit of the doubt’ with regards to playing time as those two. Both Havertz and Mount have yet to register a goal or assist this season, although the latter has been named Chelsea’s player of the season for two years running.

The other tweet liked by Pulisic’s father that named the pair said they’d ‘seen enough of Kai and Mount to start the season.’ It also said Pulisic should ‘go for his own good’ if he doesn’t start vs. West Ham next week.

Pulisic’s father also liked a tweet that took aim at Tuchel, calling him a ‘destroyer of players and of team dynamics.’ The ‘100 percent’ in the tweet his father liked was in response to a previous one tweet opining that Tuchel would ‘run off’ Pulisic, who entered Sunday’s match shortly after the hour mark. 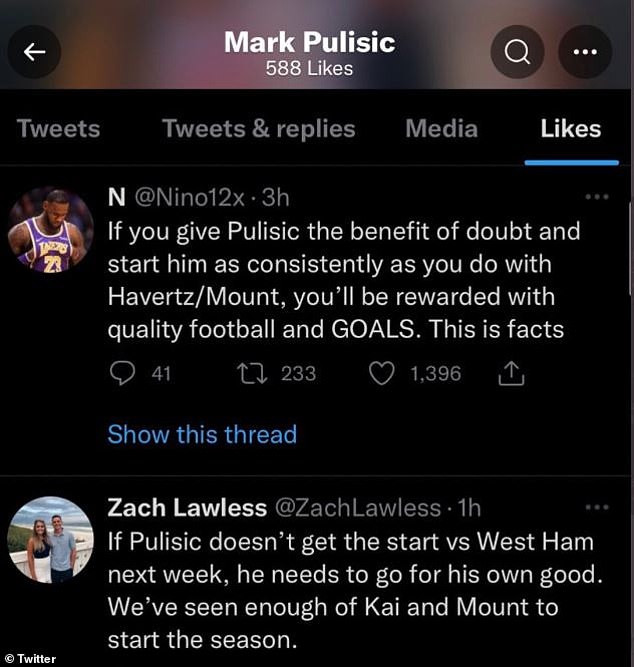 It’s not the first time Pulisic’s dad has drawn attention to himself on Twitter.

Last May, before the end of a season Pulisic would finish with just 13 league starts, his father tweeted and later deleted a cryptic message about the winger’s future at the club.

‘The sad thing is he loves the club, teammates, and London… he puts his heart and soul into being a pro,’ he said.

‘Onwards and upwards my boy… big six months ahead.’

Tuchel, days later, said there was ‘zero problem’ with him and the player, and brushed off the tweet from his father. 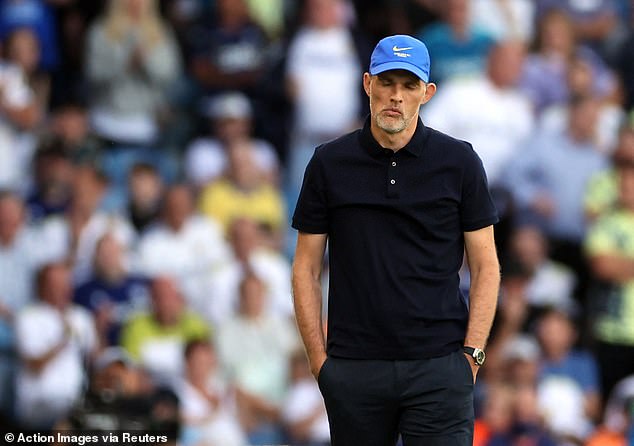 ‘I am not concerned if a father says that a player does not love me,’ he told reporters.

‘And you will never see at this level of competition happy faces from players who are not selected,’ Tuchel added. 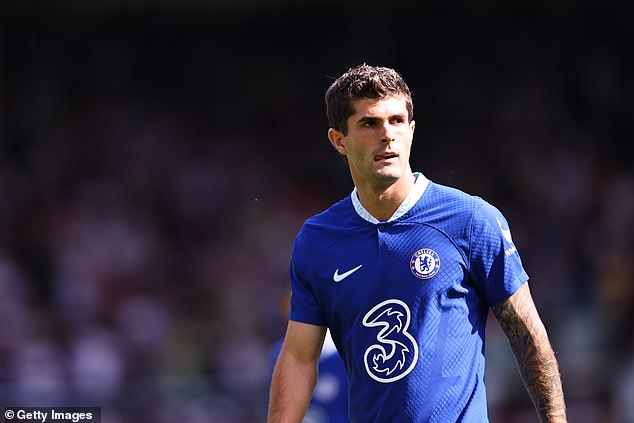 USMNT captain Pulisic entered the game in the 63rd minute in Chelsea’s loss vs. Leeds

After failing to nail down a starting place last season and starting this one on the bench, Pulisic has been heavily linked with a move away from Chelsea, with Newcastle, Manchester United and Juventus all reportedly interested.

In fact, neither Sportsmail reported earlier this week, Chelsea made a shock approach about United center back Harry Maguire, with the potential for a deal to send Pulisic the other direction.

Whether or not he leaves Chelsea, it’s not surprising that the American has suitors.

Pulisic has shown promise when given playing time – and when healthy – at Chelsea, playing a pivotal role in their Champions League run two seasons ago and reaching nine league goals in his first season at the club.

In fact, of Chelsea’s attacking options, only Mount posted a better rate of non-penalty goals and assists per 90 minutes last season in the league.

Pulisic, who made the switch from Borussia Dortmund for $71 million in 2019, finished the 2021-22 Premier League campaign with six goals and two assists.