GARY Neville has been referred to the Attorney General for contempt of court after Ryan Giggs’ trial was delayed over a comment he made.

The ex-Man Utd ace’s trial was delayed for over an hour following Neville’s statement – made on the first day of proceedings.

It is understood that Neville, 47, insists he was speaking about the directors of their former club, Manchester United.

Neville’s agent Di Law told the Daily Mail: “Gary is absolutely adamant that this was not about the case, but was referring to the Glazers.

“Any suggestion otherwise is not true and he will take it very seriously.” 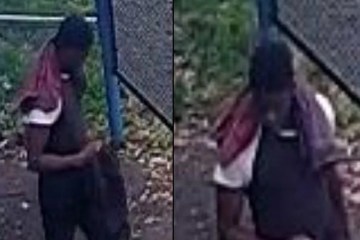 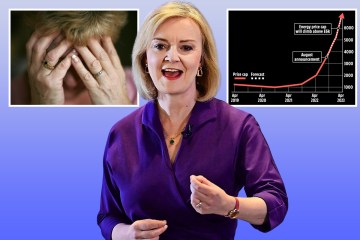 On the third day of the trial, Judge Manley delayed the hearing to deliberate whether the comment by Neville was known to the jury and could be potentially prejudicial.

She confirmed yesterday that she had referred the matter to the Attorney General Suella Braverman to consider if potential contempt of court had taken place.

The Contempt of Court Act 1981 restricts what can be said publicly about whether a defendant is guilty or innocent.

It bans anyone from unfairly influencing a jury in a court case and preventing a fair trial.

This includes showing the jury potentially seeing information they were not meant to.

The offense, if proven, carries a fine or up to two years in prison.

Judge Manley told the court: “Both the prosecution and defense agreed with me, in the absence of any comment from the jury, and given my clear direction, the trial could properly continue.

“However, given the author is a person with a high public profile… it could be seen to be an attempt to influence ongoing criminal proceedings and could be contempt of court.

“Accordingly, I am referring the matter to the office of the Attorney General for the consideration of a potential prosecution.”

Chris Daw QC, defending Giggs, said he wanted to make it “crystal clear” the footballer had nothing to do with the comment.

Neville and Giggs were both part of the celebrated ‘Class of ’92’ academy group at Manchester United with David Beckham, Paul Scholes, Nicky Butt and Phil Neville.

They came through the ranks together and enjoyed unprecedented success under manager Sir Alex Ferguson – winning the treble in 1999.

He became Three Lions assistant manager under Roy Hodgson in 2012 before a torrid stint as head coach at Spanish side Valencia in 2015.

Neville has since become a star pundit on Sky Sports and ITV while investing in Salford City FC with Giggs.

The pair also partnered for their GG Hospitality company which has opened cafes and hotels across the country.

Reports are referred to the Attorney General to consider the potential impact on a criminal trial and whether charges should be pursued.

Yesterday, the jury failed to reach a verdict on the charges against Giggs and the trial collapsed.

The ex-Man Utd player denied the charges, as well as an allegation he attacked Kate’s sister Emma, ​​26.

Manchester Crown Court was told a hearing will be held on Wednesday next week, September 7.

And the judge warned Giggs that he may be waiting until June 2023 at the earliest for any future trial – a decision to be made at next week’s hearing.

Giggs, who was bailed, will not be required to attend the hearing.

Jurors had spent 22 hours and 59 minutes deliberating after being sent out at Manchester Crown Court last Tuesday.

They were formally dismissed after confirming there was no “realistic prospect” of reaching a verdict.

When the judge explained how long the wait for a retrial may be, Giggs dropped his head.

Judge Manley then turned to Giggs, who stood in the dock.

She told him he would be bailed until Crown Prosecution Service (CPS) lawyers meet and make a decision on any future trial and a trial date is made.