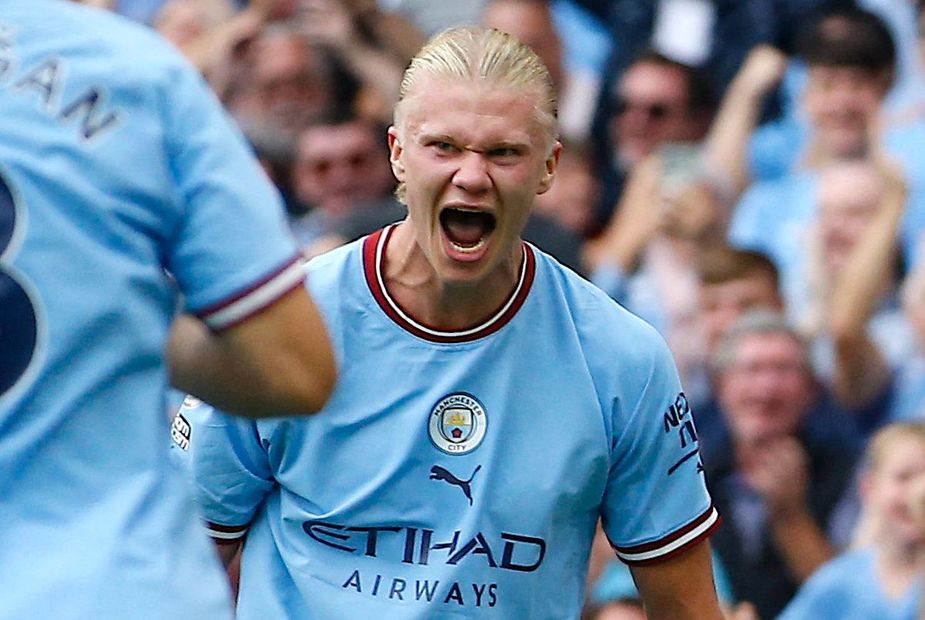 The total of 5,398,620 who have given the Norwegian the armband is the most in a single Gameweek in FPL history.

🔝 @ErlingHaaland is now the most captained player EVER for a single #FPL Gameweek!

No player has scored more than his nine goals in their first five Premier League appearances.

The underlying stats support his selection. Haaland has taken 21 shots inside the opposition box and been presented with 13 big chances, both league-leading totals.

The millions who backed him will be delighted and relieved to see him named in the starting line-up at Villa Park.

For the fifth successive Gameweek the same three players were chosen as the top three captain picks, with Salah and Gabriel Jesus (£8.2m) completing the line-up.

The most-selected player in Fantasy, Jesus has produced six attacking returns this term thanks to three goals and three assists. Only Haaland, with 10, has more.

Arsenal travel to Manchester United on Sunday having won all of their opening five matches.

Meanwhile, Salah failed to add to his three goals in his last two appearances at Goodison Park as Liverpool drew 0-0 with Everton.

A shoulder injury to Rodrigo (£6.4m) meant the Leeds United midfielder was sold in abundance. It’s only the second time a player has been ditched by over 2 million people in a Gameweek.

Reece James (£6.0m) and Oleksandr Zinchenko (£5.1m) were both absent in Gameweek 5 and suffered large sales as a result.

James returned in Chelsea’s 2-1 win over West Ham United but picked up a yellow card and scored only one point.

Zinchenko remains a doubt for Arsenal’s trip to Old Trafford.

Haaland featured among the top three recruits for the third time this season.

In the last two Gameweeks alone more than 1.5m people have brought in the record-breaking forward.

Despite rising by £0.4m, the midfielder is the best-value outfield player in Fantasy, having returned 6.3 points per million (ppm) spent. Goalkeeper Dean Henderson (£4.7m) offers better value overall, with 6.4ppm.

Brighton & Hove Albion have an enticing fixture against Leicester City on Sunday. Only AFC Bournemouth conceded more goals than the Foxes in the first five Gameweeks.

Wilfried Zaha (£7.2m) was a popular replacement for the injured Rodrigo, picking up 691,000+ new owners.

But he was unable to add to his four goals in 2022/23 as Crystal Palace drew 0-0 at Newcastle United.