As Shamrock Rovers chase a third title in a row, and with the business end of the season approaching, the thoughts of adding six more games to the schedule would normally prove a nightmare for a contending team.

Not the case, however, when you are talking group stages of a European competition, no doubt, the holy grail for any League of Ireland manager, player and entire support base.

Rovers embark on that particular voyage tonight as they welcome Swedish side Djurgardens to Tallaght Stadium for the first of six fixtures that will take the footballing calendar right up to the upcoming, unseasonal World Cup in November and December.

Hoops manager Stephen Bradley spoke with real belief at the pre-match press conference, saying that he expected his side to win games if they hit their levels over the next six games.

First up, Rovers welcome the Stockholm side to Tallaght tonight, and while Djurgardens were placed among the fourth seeds for the draw, with Rovers in pot three, it will be the visitors who start the game as favourites.

Djurgardens are a team full of experience with many international level players among their ranks and proved their pedigree already this season, accounting for top Cypriot side APOEL.

Rovers, however, are coming into the contest brimming with confidence, despite the Dublin derby defeat at the weekend, and will be buoyed by the fact that they have already won all four European home games throughout the summer.

Richie Towell and Roberto Lopes are the only absentees from a strong squad, while players like Jack Byrne and Dan Cleary have not played much football recently but should grow stronger throughout the six-game series.

Bradley is taking it game-by-game, however, there have been moments of real learning from the Euro campaign so far, perhaps even more so in the two defeats away from home where Rovers were slow to start and found themselves with a mountain to climb against Ludogorets and Ferencvaros.

A home encounter to start the campaign in front of an enthusiastic and expectant crowd sets the scene perfectly for an entertaining night of European football as the adventure continues at Tallaght Stadium.

So let’s have a look at the three teams that Shamrock Rovers will face throughout the Group F campaign.

The 12-time Swedish champions are based in the Johanneshov district of Stockholm, playing out of the Tele2 Arena, which has a capacity of 33,000 and boasts an impressive retractable roof.

Djurgardens finished third in their 2021 Swedish league campaign to qualify for the Europa Conference League and progressed through to the group stages, beating Croatia’s Rijeka, Sepsi OSK of Romania and renowned European campaigners APOEL Nicosia of Cyprus.

A team with two head coaches, Kim Bergstrand and Thomas Lagerlöf’s side are currently sitting in second place in the table, and come into the away game at Tallaght Stadium to open the Conference League group stages off the back of aa 1-0 away victory over mid-table Sirius. 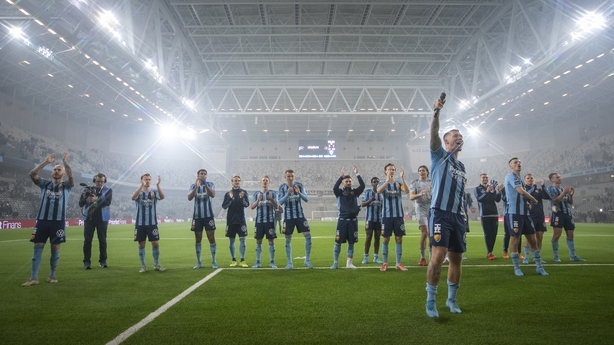 The Swedish side must plan for the group stages and the remainder of their league campaign without the services of defensive prospect Isak Hien, who signed for Hellas Verona in the recent transfer window.

Quality throughout the squad, however, most notably up front where former Sunderland and Swansea striker Joel Asoro is the club’s leading goalscorer this season, while Victor Edvardsen is both a threat in front of goal and assisting – the opening goal against APOEL from the half- way line showing the confidence and capability of the in-form forward.

The team is built on a formidable midfield where captain Magnus Eriksson, a former Sweden international, works well alongside the excellent Rasmus Schuller, who dictates play with a range of excellent passing.

The Finland international, who is also tough in the tackle in the middle of the park missed the last qualifier against APOEL following a red card in the first leg, however, he looks set to return for the opening game against Rovers.

Elsewhere, the team is packed with players with international experience including defenders Hjalmar Ekdal and Pierre Bengtsson, who earned over 40 caps for Sweden.

Marcus Danielson is another experienced campaigner who was involved in Sweden’s failed attempt to qualify for the upcoming World Cup. Central midfielder Hampus Finndell and young goalkeeper Jacob Widell Zetterström have also been called up to the national side.

Shamrock Rovers and Djurgardens met in the UEFA Cup back in 2002; the Swedish side won 5-1 on aggregate.

The 2021-22 Belgium Cup winners were dropped straight into the play-off round of the Europa League where Omonia Nicosia stood in their way for a place in the group stages.

However, the Flanders side floundered, losing 2-0 home and away to the Cypriots, going out on a 4-0 aggregate scoreline.

Early season lethargy and a touch of complacency perhaps, Hein Vanhaezebrouck’s side have had a mixed start to their Belgian league campaign, and lost at the weekend away at Sporting Charleroi.

The Belgian side began their Europa Conference campaign away to Molde, and will look to bounce back from their indifferent start and open the group with an away win. 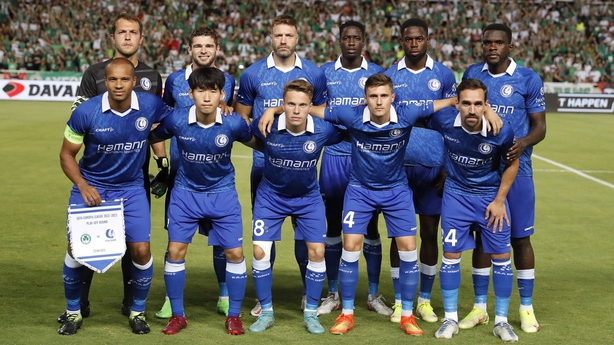 Gent, not to be confused with Genk, as two Liverpool fans found out the hard way, missing a Champions League game in 2019 by mixing up the two Belgian destinations, play their football at the Ghelamco Arena, a stadium with 20,000 capacity.

The team was dealt a hammer blow at the start of the current campaign as last season’s top scorer and Morocco international, Tarik Tissoudali, picked up a serious knee injury that will also rule the striker out of the World Cup in Qatar.

Hugo Cuypers has picked up the baton on that front and the former Belgium underage international has proved the top scorer at the club this season, having joined from Mechelen in the summer.

The manager has a tendency to rotate both personnel and formation and while Cuypers often leads the line, he can also play in behind veteran striker Laurent Depoitre, who won a solitary cap for Belgium in the 2016 qualification campaign, scoring on his international debut against Andorra .

South Korea prospect, Hong Hyun-seok, is a real attacking threat for Gent and can play anywhere across the midfield, while Alessio Castro-Montes is an exciting player who was rumored to be moving to Italy last season. Former Celta Vigo man Andrew Hjulsager is another attacking threat from midfield.

Sven Kums may be pushing on a bit in his career at this stage, however, the 34-year-old midfielder is playing some of his best football this season controlling the play from a deeper midfield position, playing alongside captain, Vadis Odjidja-Ofoe .

Former Germany Under-21 international, Jordan Torunarigha, is a key man in defense for Gent, having made his loan deal from Hertha Berlin permanent during the summer.

Vanhaezebrouck tinkers with both a four-man defense or a three at the back, with Kenya international, Joseph Okumu and Cameroon international centre-half Michael Ngadeu-Ngadjui adding real quality and experience.

Jens Petter Hauge, a full Norwegian international, signed on loan from Europa League champions Eintracht Frankfurt, however, the young attacking prospect has mainly seen action from the subs bench since arriving from Germany in August.

Eight league wins in a row, Molde go into the Conference League in rude health, ten points clear at the top of the Norwegian top tier, having accounted for their nearest rivals Bode/Glimt 4-1 at the weekend.

The Norwegian side, who hail from the City of Roses on the west coast of the country, can now afford to turn all their attention to their European endeavors as the quest for their fifth ever league title looks all but secured.

Consistent European competitors over the past two decades, Molde reached the group stages of the Champions League at the turn of the millennium and have made it through to the Europa League equivalent on three further occasions.

Molde were in a group with Dundalk in the 2020-21 competition and beat the Lilywhites home and away en route to reaching the last 16 of the competition. The Norwegians also accounted for Sligo Rovers in the 2013-14 Champions League qualifying round.

A second place finish in last year’s league campaign saw Molde drop straight into this year’s Conference second qualifying round, where they easily dispatched Swedish side Elfsborg 6-2 on aggregate, before getting past Hungarian outfit Kisvarda (4-2) and Austria’s Wolfsberg (4 -1).

Key players for the Norway side include midfielder Emil Breivik who leads the side in assists this season, and experienced wing-back Martin Linnes who spent several seasons at Galatasaray, while winning close to 30 caps for his country.

Teenage prospect David Datro Fofana, already an Ivory Coast international, is the club’s joint top scorer, while, captain Magnus Wolff Eikrem came through the youth system at Manchester United, and while he never made a first-team appearance at the Old Trafford club, the attacking midfielder won 17 caps for Norway.

Exciting winger, Ola Brynhildsen, is certainly capable of changing a game when he hits form. A Norway Under-21 international and a team-mate of Erling Haaland at the 2019 Under-20 World Cup, Brynhildsen can light up a game and was regularly linked with bigger European clubs.