A FORMER Chelsea footballer’s wife has suddenly died leaving behind the ace and their two-year-old son.

Lily was married to Mexican star Ulises Davila, who spent four years on the books at Stamford Bridge.

He has been left devastated by the passing of his beloved partner this week, while the football community has reached out to comfort him.

“The club would like to express its heartfelt condolences to Uli, Uli Jnr and the extended family during this difficult time.” 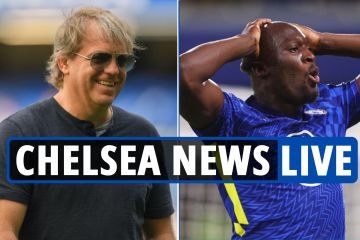 The A-League’s official social media account wrote: “Everyone at the A-Leagues is saddened to hear @mfcbulls’ tragic news that Ulises Dávila’s wife, Lily, passed away overnight.”

He was picked up by Chelsea, signing a five-year contract in West London in 2011 at the age of 20 – becoming the first Mexican to join the club.

Davila was shipped out on loan to Vitesse, Sabadell, Cordoba, Tenerife and Vitoria before making a permanent switch to Santos Laguna in his homeland in 2015.

It meant Davila did not make a single first-team appearance for the Blues.

He considered retirement in 2018 but Lily inspired him to accept a contract from Indian Super League team Delhi Dynamos, which reignited his love for football.

Davila told the My Football Podcast this year: “One moment I was thinking… if India does not work, I am just going to retire and I do not want to know more about football.

The Wellington Phoenix are saddened to hear the news that Ulises Dávila’s wife Lily has passed away.

Uli & his whānau will always be a part of ours.

We would like to send our deepest condolences to Uli & his family during this tough time.

“I thought, maybe it’s time to reset and change all of my life. Let’s try again.

Davila then had two seasons in New Zealand with Wellington Phoenix, during which time their son Uli Jr was born in March 2020.

However, travel restrictions and separation meant he could not see his wife or baby except through FaceTime before they were able to move to join him in 2021.

Even so, Davila was named A-League player of the year for 2020-21, collecting the prestigious Johnny Warren Medal.

Ulises Davila at Wellington in 2021

The former Mexico youth international added during his time at Wellington: “When you’re on the pitch, you do not think of these things, but during the week, you’re more stressed and you overthink, so for sure, it affects you.

“I can now be happy with them and can focus on football, and not have to worry about many FaceTime calls with them.

“It’s an amazing feeling and I’m so happy to bring them here. Everything is perfect now, so I can just focus on football now.”

He switched to Macarthur last year and ended the season as their top goalscorer and members’ player of the year.

Just two weeks ago, delighted Davila photos with his individual trophies from this season, smiling alongside Lily at the awards night.