‘He couldn’t feel his toes!’: Pep Lijnders reveals Thiago Alcantara nearly pulled out of Liverpool’s Champions League final defeat by Real Madrid after missing the warm-up… and claims players ‘were in tears’ over the treatment of Reds fans in Paris

By Sam Brookes For Mailonline

Liverpool assistant manager Pep Lijnders has revealed that Thiago Alcantara came very close to pulling out of the Champions League final against Real Madrid in May as he ‘couldn’t feel his toes’ before the game.

The Spanish international limped out of the Reds’ league clash against Wolves the previous week with an Achilles issue, but he was given an injection ahead of the match in Paris to enable him to play.

However, Lijnders has revealed that Thiago had an adverse reaction to his final injection before the game, which left considerable doubt over whether he would start or Naby Keita would take his place. 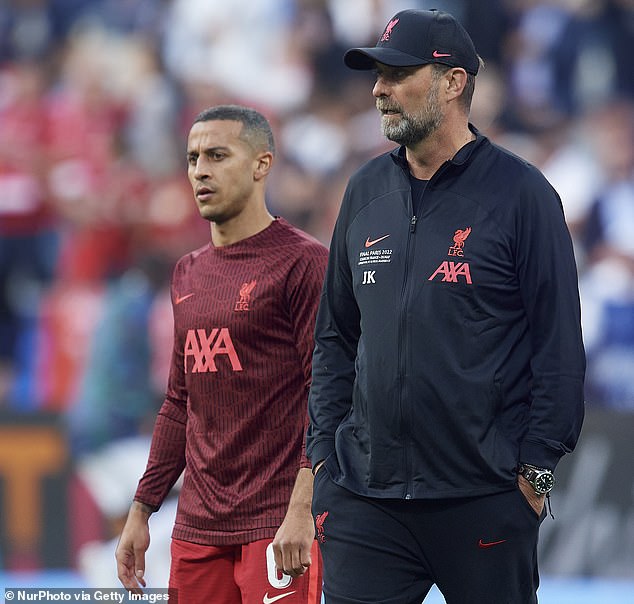 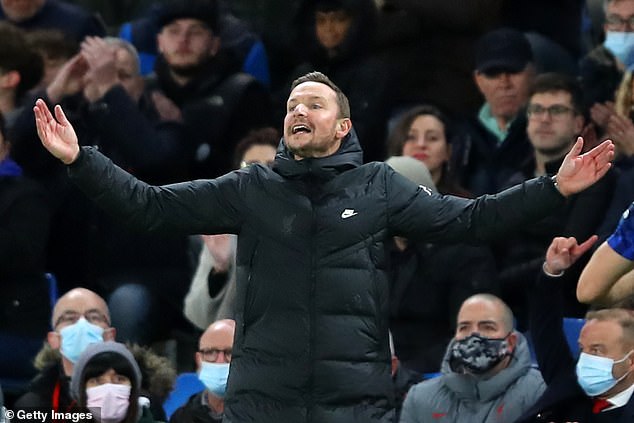 ‘Thiago didn’t do the warm-up as he couldn’t feel his toes after his latest injection,’ Lijnders explained in his new book ‘Intensity’.

He told me just before going out and he said, “make sure Naby is ready”. I will tell you one thing: these are the things a coach doesn’t want to hear just before a final. The problem was that if he wouldn’t start he couldn’t be on the bench.

‘We were in doubt and only after the fast-feet work we decided to trust him that he felt he could play; he was experienced enough to make this call. Naby was insane dealing with this whole situation, I have to say – credit to him.’

Thiago did end up starting the final, but he struggled to make an impact, and he was substituted in the second half as Liverpool slipped to a 1-0 defeat.

While there was uncertainty on the pitch at the Stade de France, there was also plenty of concern outside the ground as supporters struggled to get into the venue ahead of kick-off after French police opted to use pepper spray to try to control crowds. 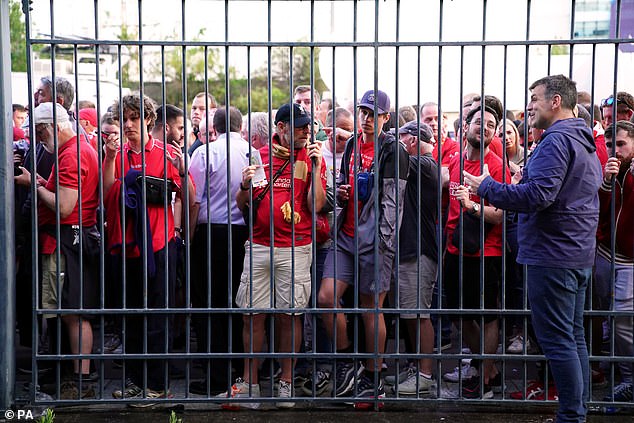 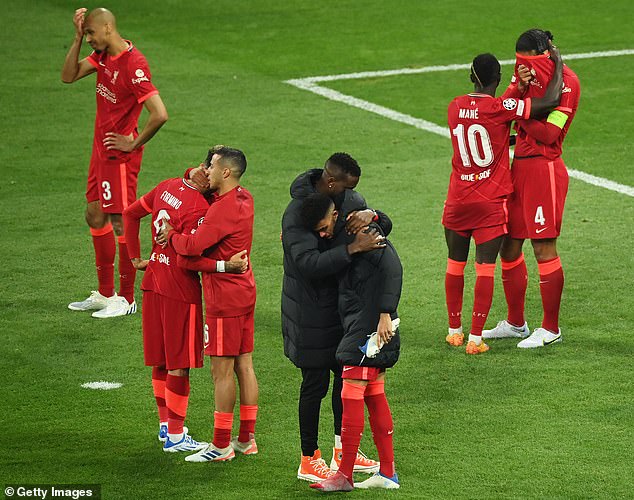 The match was eventually delayed by 36 minutes, and Lijnders gave an insight into the anger that the players felt towards UEFA as news filtered through about what was going on.

It was deadly quiet. Some (players) were in tears, some were just with complete frustration and most of us with disillusionment.

‘UEFA, by the way, didn’t warn us about the delays. It was only after we’d finished our warm-up that we found out. Can you imagine that, before a Champions League final?

‘But more important than this was the terrible treatment of our supporters outside, trying to get in to watch the game. A complete failure by the authorities, UEFA and the police.

‘Treating football fans like it was a riot. We couldn’t believe what we saw and heard when we later received the images, videos and stories from those caught up in it.

That included family members of my own who told me they cried – firstly in fear when outside and later in sheer relief once they made it inside.

‘They told me the only ones who were calm were the Liverpool supporters. Sorry to say, UEFA has to do better,’ Lijnders added.