This is the three-point pressure of the modern Premier League title race. Every missed win could be the difference.

Liverpool have missed two chances for maximum points, starting the season with draws against Fulham and Palace. Manchester City have missed none: their season has kicked off with wins against West Ham and Bournemouth.

There are 36 games to go, but when you lose out on two Premier League titles by one point, as Liverpool have in recent seasons, that three-point pressure is there from the first match and will build exponentially.

The question is: how many points can a team drop and still have a chance of being champions?

The graphic below shows the total points for each title-winning side from 2000-01 onwards. It also shows how many matches each of those sides drew or lost while still going on to take the title. 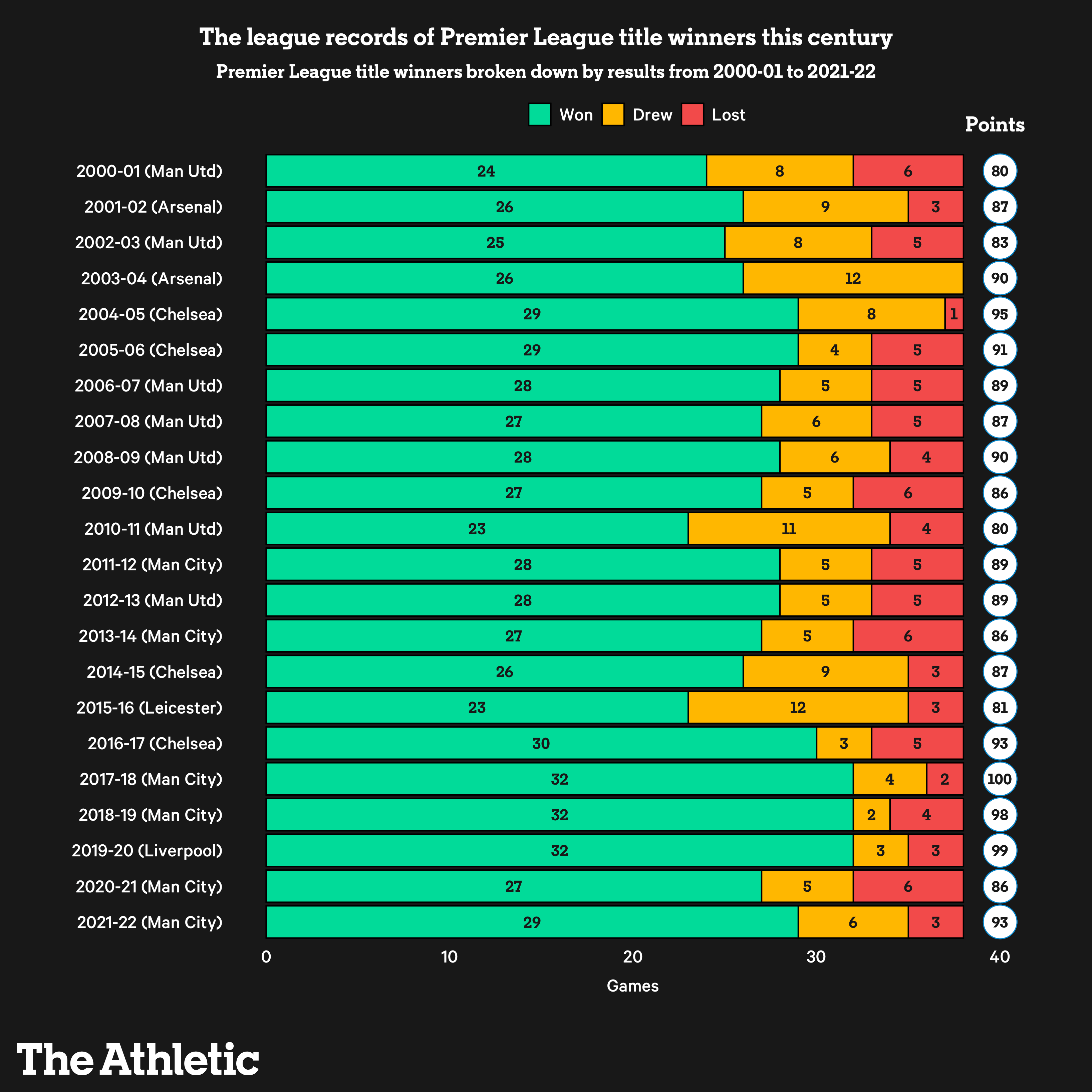 The goalposts for dropped points have moved. Only four times between 2000-01 and 2015-16 did a team hit the 90-point mark. During that period, the average points needed to win the title was 86.9.

Compare that to the most recent six seasons, when the average points total of the title winners has been 94.8. In that period, the champions have only dropped points in more than nine games once: Manchester City in 2020-21, a season affected by COVID-19 and the only campaign in the sample when the league winners did not hit 90 points.

The graphic below breaks down the results from the Premier League winners and runners-up from the 2015-16 season onwards. The difference between Leicester City’s victory and the rest is stark. 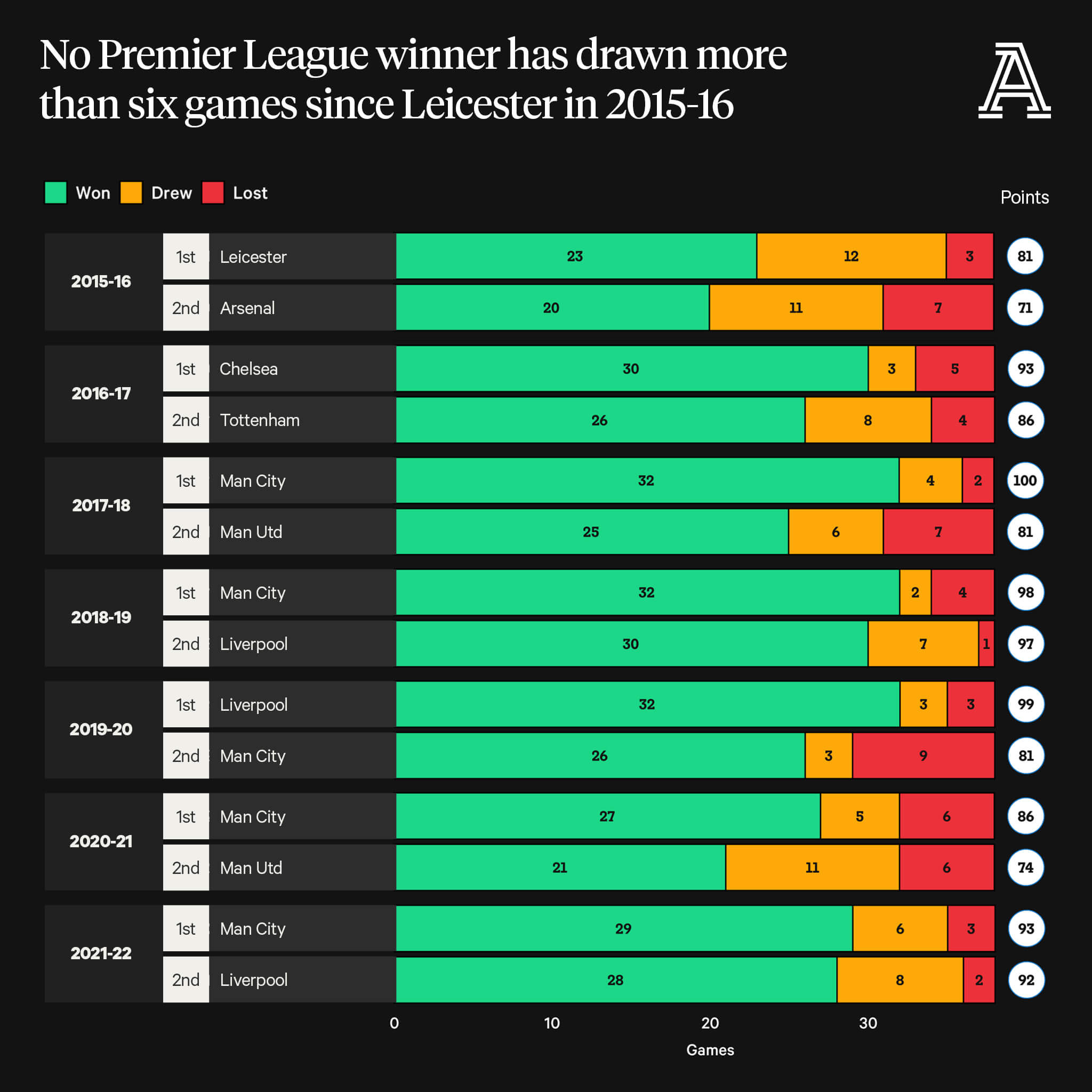 To ratchet up the three-point pressure, in the three seasons between 2017 and 2020, the champions failed to win only six games. If that was repeated this season, Liverpool have already used up two of their lives.

The signs are not good for bad starts. Only 15 sides in the history of the top division have failed to win either of their two opening games and gone on to win the league. That figure drops to only five sides since English football introduced three points for a victory in 1981.

Coincidentally, one team managed it that year: Liverpool. In the 1981-82 season, they won only five of their first 15 league games. Their season started with a loss to Wolverhampton Wanderers followed by a draw with Middlesbrough. Yet they went on to win the league.

Liverpool already know the challenge of playing catch-up, having dropped points in the early stage of last season and seeing the gap to Manchester City stretch to 13 points. They clawed their way back to within one point but had left themselves too much to do.

It is the first time during Jurgen Klopp’s era that Liverpool have failed to win either of their opening two games, but we know they are capable of putting together double-figure runs of wins, just like Manchester City are.

With Pep Guardiola’s side looking assured, that is the task for Liverpool. Further points dropped over the coming weeks would make the season feel a little ominous, although not for those in sky blue.