Leicester City have been unequivocal in their stance on Wesley Fofana’s future – he is not for sale.

However, Saturday’s chastening 2-1 defeat at home to previously winless Southampton and their troubled start to the new season are expected to soften their stance.

So far, Leicester have rejected two offers from Chelsea for the France Under-21 international, with the second one coming in at just over £60million ($71m). They have insisted they would not entertain any offer less than the world-record fee for a defender they received when selling Fofana’s fellow centre-back Harry Maguire to Manchester United for £80million three years ago this month.

Fofana is pushing hard for a move to Stamford Bridge and after talks with the 21-year-old, manager Brendan Rodgers left him out of the squad to face Southampton. He stated Fofana wasn’t in the right frame of mind to play, and said the decision not to involve him was mutual.

Signed from French club Saint-Etienne for £30million two years ago, Fofana had missed one training session and the decision was also taken so his behavior wouldn’t further disrupt preparations for the Southampton game, with Daniel Amartey taking his place in the back line alongside captain Jonny Evans.

Fofana was at the King Power Stadium on Saturday, watching the match with his family from the stands, before joining his team-mates afterwards in the dressing room and family room.

So far there has been a level of understanding regarding his desire to leave from many of his teammates and Rodgers, but also a feeling that he needs to conduct himself more professionally. 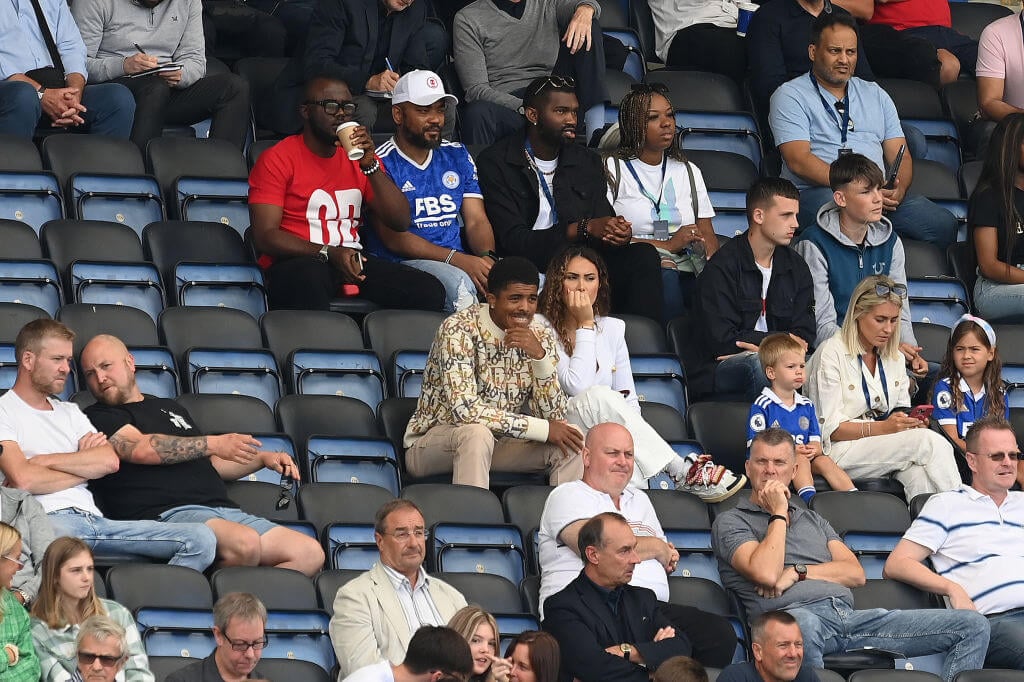 No further offer has been received from Chelsea, who can offer him Champions League football as a stage to push for inclusion in champions France’s World Cup squad this winter.

But with Leicester’s need to bring in fresh faces to rejuvenate a squad who have earned just one point from their opening three league games, a third bid may tempt them to part with a player who is not fully committed to the cause.

Even if he stays, Rodgers fears Fofana may be unable to regain his focus. Rodgers could now be open to allowing Fofana to leave — if he is then able to add to other areas of his squad, with a right-sided winger a priority. But the final decision will be made by the club’s top brass, not Rodgers, who has always insisted Leicester shouldn’t be afraid of cashing in on a top player if it helps them strengthen the overall group.

The main concern for Leicester would be the amount of time it would leave them before the September 1 deadline to bring in a replacement for Fofana as well as strengthen in other areas. Most of their pre-window targets have now been missed as Leicester abandoned their plans for a squad refresh this summer due to a lack of interest in the players they needed to move on to create both room in the squad and the finances to help fill those holes.

An option for Chelsea to try to convince them to do business could be an offer of a cash lump-sum plus a player, but despite the concerns over Fofana’s conduct over the past week and continued determination to get his move, Leicester will only accept if the terms of any proposed deal help them to move forward.

It was clear against Southampton that Rodgers’ insistence that new signings are needed is true as Leicester produced a mentally fragile performance.

After taking the lead through James Maddison, they produced a nervous display that allowed Ralph Hasenhuttl’s men to fight back in a similar way to Brentford, who came from two down to draw here on the opening weekend of the season.

Fofana’s presence could have prevented both goals and particularly the winner, where Amartey was caught under James Ward-Prowse’s cross for Che Adams’ volley, with Timothy Castagne unable to cover.

With Rodgers seemingly lacking confidence in his backup central defenders Caglar Soyuncu and Jannik Vestergaard — the latter wasn’t included in the matchday squad, despite Fofana’s absence — and given Amartey’s current form, the Frenchman would be a big loss, but as long as a replacement could be brought in, his departure could be the key to unlocking Leicester’s frustrating transfer window.

With Kasper Schmeichel, Hamza Choudhury and Ademola Lookman — Rodgers wanted to sign the latter on a permanent contract after his season on loan from RB Leipzig — leaving and no replacements signed, the squad is weaker than last season, when it was tested severely by an injury crisis which included losing Fofana until March when he broke a leg and dislocated an ankle in the final warm-up friendly.

There is also a sense Leicester looked after Fofana well during his rehabilitation from that injury and gave him a new improved two-year contract extension around the time of his comeback, meaning his deal still has five years to run.

In the press room at King Power Stadium hangs a photograph of the moment Rodgers and Fofana celebrated his comeback goal away at Rennes in the Europa Conference League, when the player ran to embrace his manager.

Now Rodgers may be willing to let Fofana go.