When Tottenham host Marseille in the Champions League tomorrow, the tie will have the flavor of a north London derby. Igor Tudor’s squad is packed with familiar antagonists with Arsenal associations: Alexis Sanchez, Matteo Guendouzi, Nuno Tavares and Sead Kolasinac could all be involved.

Their presence in the Marseille squad is indicative of a shifting transfer strategy at the French club — one designed to help them cope with the demands of the Champions League. After a characteristically chaotic summer, Marseille are emerging as an effective unit and potential threat.

There are other names, beyond the ex-Arsenal contingent, that will be familiar to Tottenham fans. Eric Bailly joined from Manchester United, while Marseille also signed Jordan Veretout and Chancel Mbemba — formerly of Aston Villa and Newcastle United, respectively. This is a Ligue 1 team with Premier League pedigree.

It is a departure for Marseille, who have tended to construct their teams by recruiting the cream of young French talent from within Ligue 1. This summer, they lost outstanding young players Boubacar Kamara and William Saliba, the latter returning to Arsenal after an excellent loan spell in the south of France.

Instead, Marseille president Pablo Longoria has leaned on an expansive network of contacts to recruit a number of established, experienced players. Longoria is thought to be well placed with a number of UK-based agencies and this has undoubtedly contributed to the influx of players with Premier League associations.

Things are rarely quiet in Marseille. In January, more than 100 ultras stormed the training ground to protest against the club’s ownership and president. This summer, manager Jorge Sampaoli walked out, supposedly frustrated by the club’s transfer activity.

At another club, this could all be hugely disruptive — at Marseille, it’s simply par for the course. The French side have started the season relatively serenely, unbeaten in Ligue 1, winning five of their six games. The only thing keeping them off the top spot is Paris Saint-Germain’s superior goal difference.

The Stade Velodrome has become an outpost for players exiled from Arsenal. The first of this set to arrive was Matteo Guendouzi, who joined Marseille on loan in the summer of 2021. The French club took up their option to convert that to a permanent deal this year, paying a fee in the region of €10million (£ 8.6m, $9.9m) — albeit with a significant sell-on percentage for Arsenal down the line.

Guendouzi’s prickly personality made him a difficult fit in Mikel Arteta’s dressing room. Few at Arsenal doubted the midfielder’s talent, but many questioned his attitude. When he left the club, there was an acceptance that a parting of the ways was inevitable, but also a sense of regret that things had not worked out.

Guendouzi has not changed dramatically — as recently as this pre-season, L’Equipe reported that he was involved in a half-time altercation with Tudor, the new Marseille manager. However, the 23-year-old does appear to have found a home amid the tumult of Stade Velodrome’s raucous atmosphere. He has graduated to become a full French international, has six caps to his name and is a strong contender for Didier Deschamps’ World Cup squad. 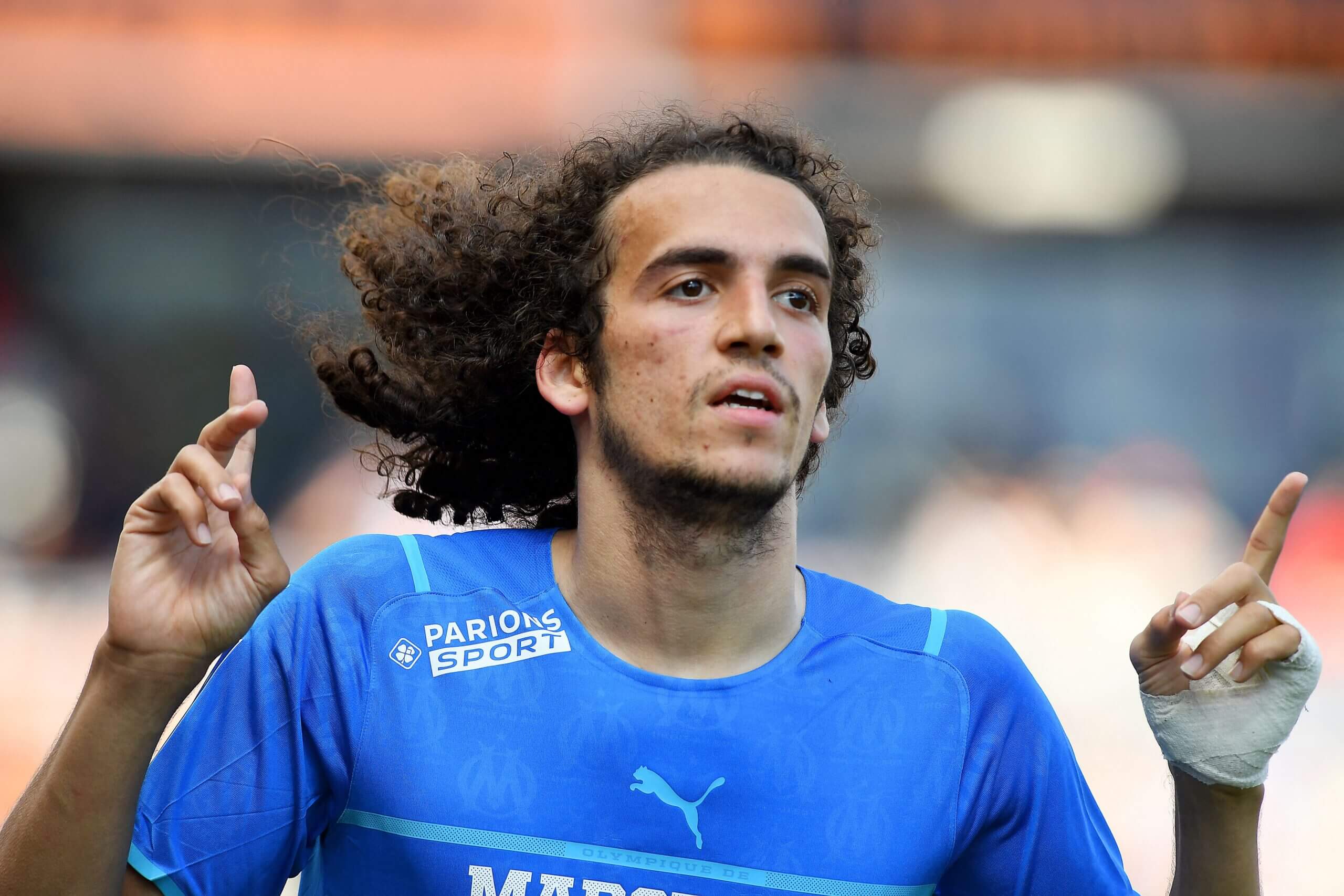 Guendouzi was a difficult fit at Arsenal but is impressing in France (Photo: Fred Tanneau/AFP via Getty Images)

Sead Kolasinac was next to follow. The Bosnia and Herzegovina international left Arsenal by mutual consent in January 2022, joining Marseille on an 18-month contract a few days later. His first six months with the club were difficult: having recently recovered from an ankle injury, he struggled to demonstrate the stamina required to thrive at left-back. There were even suggestions this summer that Marseille might have been exploring an early exit from their 18-month agreement.

That feels a long way away now. Playing as a left-sided centre-back, Kolasinac has started the 2022-23 season in his best form in years. Operating on the left of a back three, he looks physically domineering and technically comfortable. It is reminiscent of some of his earliest performances at Arsenal, which came in the same role. Kolasinac’s recent performances in Marseille have seen some fans dub him “Le Guerrier” — the warrior.

Part of the reason Kolasinac reverted to centre-back is that Marseille have signed Nuno Tavares on loan to play at left wing-back. Tavares had a very mixed maiden season with Arsenal: in the early months of the season, an outstanding run of form saw him temporarily displace Kieran Tierney in the team.

He suffered a significant dip in form after Christmas, however. Arteta brought him off before half-time in the FA Cup third-round defeat to Nottingham Forest. He came off at the interval during April’s defeat to Crystal Palace. By the end of the season, Takehiro Tomiyasu was occasionally being used as an emergency left-back. 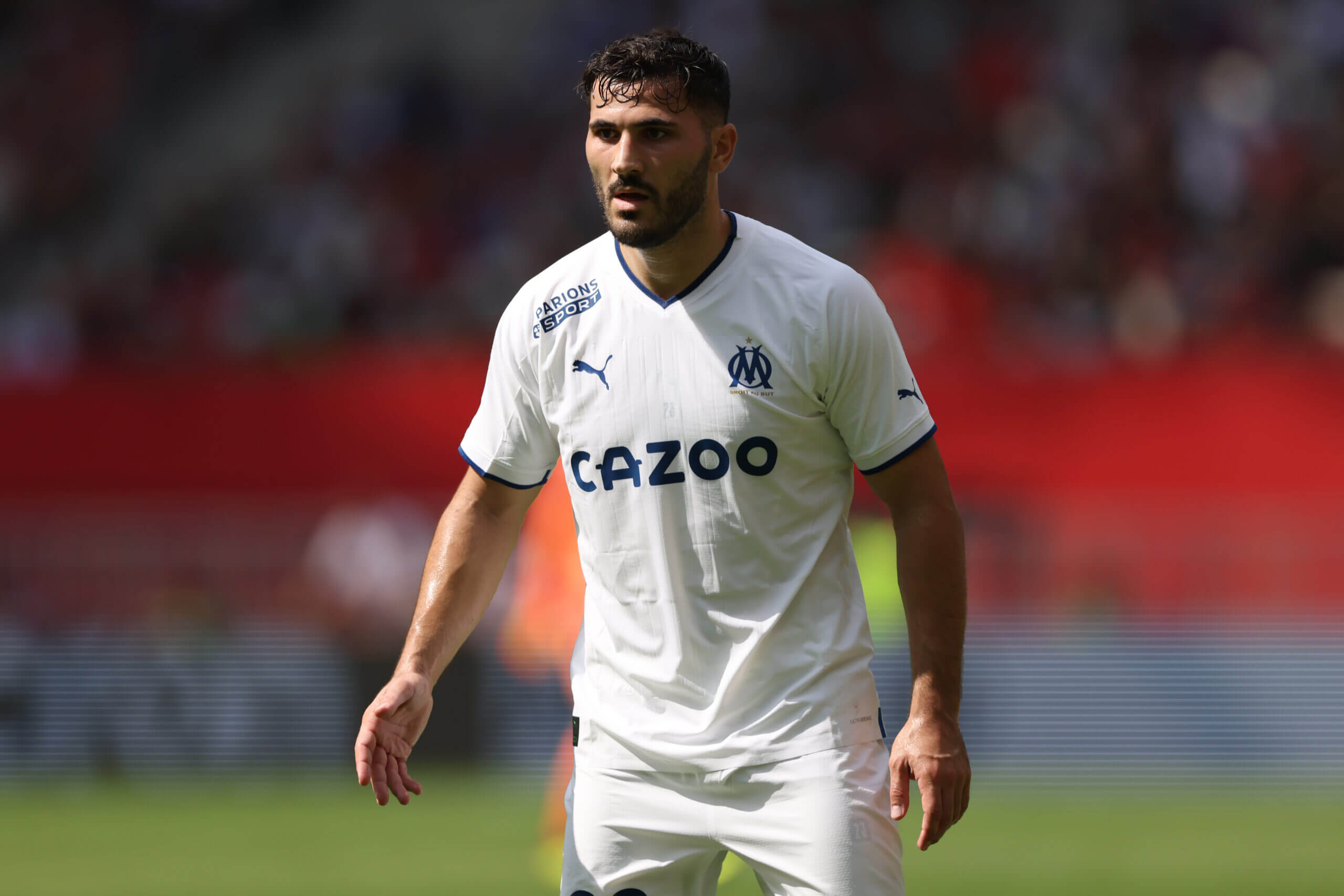 With Arsenal signing Oleksandr Zinchenko this summer, the decision was taken to allow 22-year-old Tavares to leave on loan. He has been a revelation at Marseille, scoring three goals in five Ligue 1 games. Playing as a pure wing-back, he has been liberated from some of the defensive responsibility he struggled with at Arsenal.

In an interview with former Paris Saint-Germain and Rangers winger Jerome Rothen, Tavares said: “At Arsenal, I would probably only have played in the cup. I came to Marseille to play in my position in the Champions League, in the league and in the cup. Marseille gave me this opportunity… I changed my mentality. I came to Marseille to play as many minutes as possible. That’s what I put in mind: evolve to the maximum and enjoy every minute played.”

Tavares’ form has already raised the question of what may happen next season. “With my agents, we always wanted an option to buy (for Marseille),” says Tavares. “Arsenal didn’t want there to be one. But I’m in Marseille, and with or without an option I’m happy.”

And then, there’s Sanchez. Although he will turn 34 this Christmas, the Chilean arguably looks as fit and motivated as he has since his prime at Arsenal. Like Tavares, he has three goals from five Ligue 1 appearances.

A focused Sanchez is a player who leads by example. “He is a champion, just look at the teams he has played with,” Tudor says of Sanchez, who signed on a free transfer from Inter Milan in August. “He brings a lot of qualities, not only in terms of talent but in terms of intelligence, desire and professionalism. He is not here to have a laugh. He really wants to give it everything, he brings a lot of seriousness. That has a positive influence on the team.”

Both Tavares and Sanchez started on the bench for the weekend’s match with Auxerre — a sure sign they are being saved for the Champions League clash with Tottenham. Marseille feel that, given they were a fourth seed, the Champions League draw has been relatively kind to them. A group alongside Tottenham, Sporting Lisbon and Eintracht Frankfurt at least gives them a puncher’s chance of qualification.

This week’s meeting between Tottenham and Marseille will be the first competitive meeting between these two storied clubs. And yet, for Spurs, coming up against a contingent of Arsenal players will mean this opponent feels eerily familiar. A quartet of players in the Marseille team will be hoping to paint north London red, white and blue.