Nineteenth in the table, without a point, question marks about the playing squad and a new manager who is yet to settle in at the club. On paper, the Monday Night Football clash at home to Liverpool does not look good for Manchester United.

After defeats to Brighton and Brentford in their opening two games of the season, Erik ten Hag’s side are struggling at the moment and one of the best side’s in world football arriving on their doorstep is the last thing United need. If last season’s results are anything to go by, Old Trafford could witness a real hammering.

But while most of the football world was talking about United’s disaster situation on Monday, another twist came in the form of Liverpool dropping more points at home to Crystal Palace.

Suddenly, Jurgen Klopp’s side are themselves without a win in their opening two matches as well – and a victory for United on Monday night will not only ease some of the problems but also take them above their fiercest rivals in the table.

So does this United side, desperate for on-pitch confidence and in the lowest place they have ever been in the Premier League, really stand a chance against Klopp’s Reds?

Liverpool dropping regular points so early in the season may seem strange to many, but a trend that drags back into last season could be behind this staggered start to the campaign.

In their last nine matches in all competitions – not including the Community Shield win over Manchester City in pre-season – Liverpool have conceded the first goal of the game in eight of them, the only exception being the goalless FA Cup final against Chelsea, which the Reds had to win on penalties. They have also conceded first in their last six Premier League outings.

To put it simply, Liverpool have a tendency to start games slowly. Each of the last nine games have taken different patterns: it is either Liverpool deservedly going behind early on – they have conceded in the first 15 minutes in four out of their last nine games – or failing to capitalize on their early dominance and conceding against the run of play. 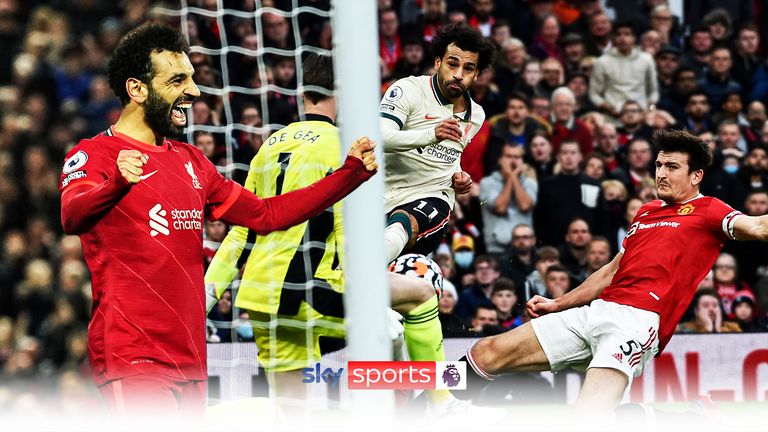 The reasons for this are unknown as there are so many factors which could contribute to this. Last season, it could be pinpointed to the fatigue Liverpool’s players may have been feeling – they played 64 games – but it is important to note they remained unbeaten in all but one of those games in 90 minutes, so they had the energy to recover.

There have also been individual errors in the last nine games, particularly in their high-line back four, while Liverpool have faced a lot of strong teams in big venues – such as knockout games and cup finals – in this run. Old Trafford can certainly provide another challenging environment on Monday night, especially with Liverpool already facing the pressure of catching up to the top of the table.

“Unfortunately, each week, [there is] a different situation, a different team,” said Klopp when asked about starting games poorly before their most recent match. “We need to be ready for all of them.”

United, who found themselves 4-0 down to Brentford after 35 minutes last week, know how devastating a positive start can be. Liverpool’s slack starts in recent months should be at the front of their minds when they come out of the tunnel on Monday. 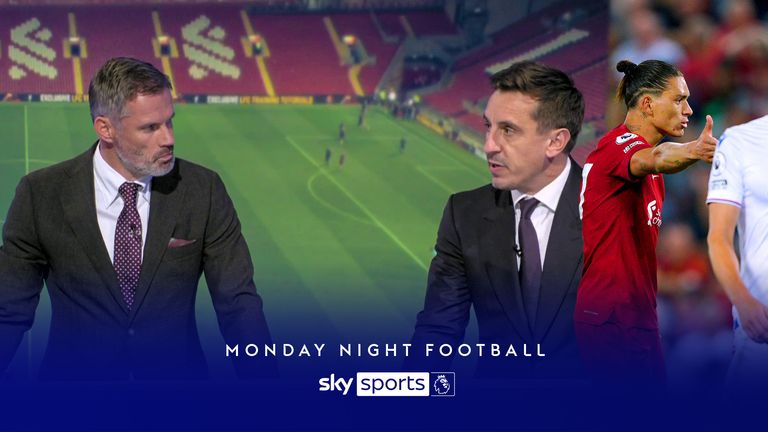 A tear has been made of the morale in United’s camp over the past two weeks. But all is not well at Liverpool, especially when it comes to the medical room.

“It was like we had a witch in the building,” said Klopp, who is finding life “tricky” with so many absentees in his first-team squad at this early stage of the season.

Liverpool’s main concern is in midfield, with Thiago Alcantara out for another month, and Curtis Jones and Alex Oxlade-Chamberlain also on the treatment table. That leaves Jordan Henderson, Harvey Elliott and James Milner left to support Fabinho in the middle of the pitch, with Naby Keita understood to be unhappy with his lack of game time at Liverpool.

Meanwhile, Joel Matip is a doubt at the back so Nat Phillips and Joe Gomez will compete for the spot next to Virgil van Dijk in central defense – while there is a serious striker shortage with Darwin Nunez suspended following his red card against Crystal Palace, Diogo Jota still injured and Roberto Firmino only just back from injury and not at 100 percent.

Liverpool may have a strong squad – and several players could return for the Manchester United showdown – but Klopp’s side will not be in the peak condition they brought with them when the two sides played these derby matches last season.

One reason which could explain Liverpool’s slight difference in form is a lack of clinical finishing.

Klopp’s side have failed to score a first-half goal in six out of their last nine matches in all competitions – but a closer look at Liverpool’s play shows they have not switched to a different style of play at all.

Since the start of this challenging run from the beginning of May, Liverpool are just as good on the ball and create more chances compared to the first half of 2022 – but the only difference is the quality of their finishing.

The Reds’ shot accuracy and goals per 90 have dropped significantly since the beginning of May and they convert just 1.63 of chances per match – even though they create an average of 16 opportunities per game.

With Nunez suspended as well as Firmino and Jota both lacking match sharpness and not at 100 per cent, Liverpool may have to find some special inspiration at Old Trafford if they want to fix this issue.

But still – there’s the Salah factor

FREE TO WATCH: Highlights from Liverpool’s win against Manchester United in the Premier League

Even though Liverpool have injuries and small concerns over their finishing, they still have the major trump card in Mohamed Salah.

Last season, the Egyptian winger caused United a whole load of problems, scoring five goals and adding two assists in the two games, which the Reds won 9-0 on aggregate.

While Salah’s goal output reduced slightly at the back end of last season, especially after the Africa Cup of Nations, Liverpool’s No 11 has started this season in dynamic fashion.

After getting a goal and an assist on the opening weekend of the season at Fulham, Salah then created eight chances on his own in the draw with Crystal Palace – the highest achieved by any Premier League player in nearly 12 months.

There will be a lot of pressure on Salah’s shoulders in terms of creativity and goalscoring on Monday night, but the Liverpool man has shown he can handle it.